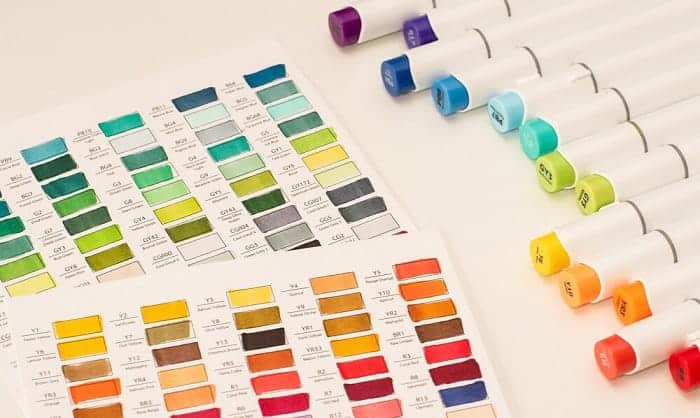 It is undeniable that markers are helpful in our daily life. While children use markers to visualize their astonishing imagination, adults use them to deliver their brilliant ideas or to promote their sales.

They also appear in various categories, shapes, and colors, making markers so popular nowadays. Some of them are washable, and some of them are permanent. They can be black and white or any colors of the rainbow. Many markers even have a scent!

Do you think markers are the best innovation in history? Have you ever wondered who invented markers and what is in a marker factory? If so, you are reading the right article!

I’ll introduce you to the history of markers, including who the inventor was and how this idea came about. Then, I’ll describe the production process of a marker:

Are you excited to find out how markers are made? Let’s jump right into the first part.

The History of Markers

The birth of markers is dated back to as long as the 1940s, when felt-tip markers were used commonly for arts and labeling. Then, in 1953, a New Yorker called Sidney N. Rosenthal, introduced a new gadget; a glass jar with a felt wick.

The discovery was out of the blue when Rosenthal attached a felt to the end of a glass bottle, which contained permanent ink filled to its brim. The marks were so saturated that the ink adhered to mostly any surfaces, including leather, cloth, heavy paper, wood, etc.

Thanks to this astounding ability, he named this gadget the “Magic Marker” and was marketed widely. Five years later, markers became famous worldwide, and their applications expanded to lettering or producing posters.

Then, other companies started to release similar products but with a new type of ink which you can use to write on thin paper. Moreover, Rosenthal’s competitor – Carter’s, Inc. – began to sell pens with an aluminum tube in 1958.

In 1962, Yukio Horie, an employee of the Tokyo Stationery Company, invented a modern fiber-tip marker, which is still used today. It became so popular that you can find these markers in many offices, schools, and houses.

Despite its reputation, Rosenthal’s company soon declared bankruptcy, and the Magic Marker name was purchased by Binney & Smith, the foremost manufacturer of Crayola, in 1958.

Two years after the occasion, Binney & Smith released a new Magic Marker line that includes permanent markers and highlighters. This company continues to sell thousands of Crayola markers and Magic Markers until now.

Although markers were invented in less than a century, they had changed drastically in every means. So, what ingredients are inside a marker’s ink? Let’s find out in the following section!

How Marker Ink is Made 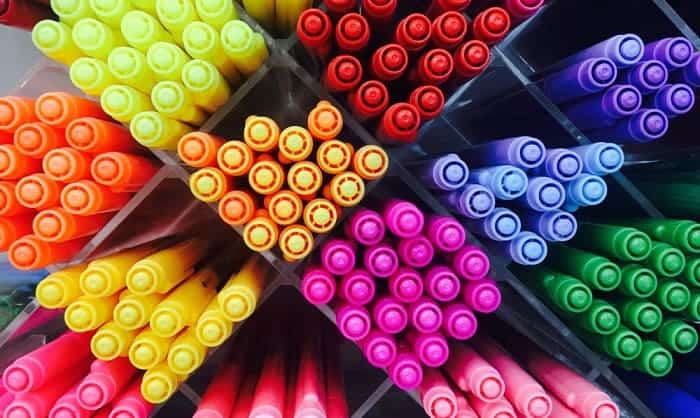 Ink is the deciding factor for marker types. Hence, the production of marker ink should be as precise as possible to create desired outcomes. Otherwise, markers wouldn’t serve the purpose of writing or drawing as they should be.

Colorants, a solvent, and resin are a marker ink’s three main ingredients. Colorants, or pigments, can be understood as an agent that determines the colors of your markers.

A solvent is for diluting your marker ink, making it easier to write. Your solvent must evaporate quickly so that ink is left on the surface without too much bleeding. Usually, water will make up 1 to 10% of your marker’s weight.

Moreover, chemicals, such as toluene or xylene are added to permanent or dry erase marker ink as it allows the resulting marks to be more long-lasting. Yet, because of their toxicity, they have been replaced with other cyclic alkylene carbonates.

Alcohol, such as isopropyl alcohol, can also be used as a solvent. It is safer for our bodies. Isopropyl alcohol is often found in washable markers, so that is why you might smell alcohol while writing these markers.

Lastly, the resin is a vital ingredient that allows ink to adhere to any surface. Hence, this component will decide whether your marker is dry-erase or permanent; all lies in which polymer is used for the production process.

Permanent markers have an acrylic polymer that sinks into the surface. While dry erase markers contain an oily silicone polymer that can be easily wiped off from slick surfaces. Moreover, we can put additives into the ink to further wet the mixture.

All these ingredients combined in proper proportions will produce our wanted ink. Once we know the making of marker ink, let’s move on to how scents are added.

What Creates the Marker Scent

Are you curious about how the smell of fruits can be added to our markers and other products? Putting in actual fruit sounds impossible, right? Well, the true chemistry behind it is “esters”.

Ester is a chemical substance that occurs in any fruit and is the result of a chemical reaction between alcohol and carboxylic acid. For instance, the ester which smells like a pineapple is called ethyl butyrate, a product of ethanol and butyric acid.

Furthermore, this chemical reaction requires high heat with concentrated sulfuric acid as a catalyst. The water evaporation technique is often applied in factories to produce ester. Then, the ester solution is added to the ink to make scents.

That is all about the inside of a marker, now, continue reading to see how its package is manufactured.

How Markers are Made 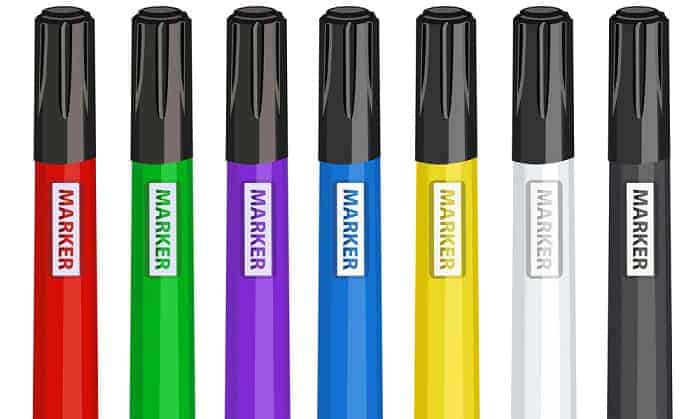 What else are markers made of? Once we have our ink, there obviously should be something to contain that ink. Hence, apart from the ink, there are the body, cap, plug, nib, and ink reservoir.

The body, or the barrel, is usually made from plastic resin injected into a mold. Nonetheless, the plastic will be heated in a machine until it becomes liquid before the injection.

Once poured into a desired-shaped mold, it will be left to cool and harden before being delivered to the next step. Then, in the adjacent chain, the barrel will be printed with incredible and breath-taking designs. This step is also known as the labeling step.

The manufacture of the marker cap and plug is the same as that of the body. However, it will not be labeled and instantly transferred to the following stage for assembling with other components.

Surprisingly, the marker tip is from powder and water. That is, a unique type of powder is mixed with water in a predetermined proportion. This combination will be injected into a mold and baked until we get a felt or flat shape.

In addition, the cylindrical ink reservoir is from a cotton-like or polyester material that allows ink to be fully absorbed.

How All Pieces Become a Complete Marker

In the previous sections, we’ve gone through all the necessary parts of a marker. Sequentially, in this section, we will learn the assembly procedure of making a complete marker.

Step 1: The ink reservoir is placed inside the plastic barrel, or the body, of the marker.

Step 2: The plastic plug is then inserted at the back of the body.

Step 3: Marker ink is now injected into the reservoir using a hypodermic-like needle through the open end. This needle allows the ink to be precisely injected into its container without making a mess inside the marker body.

Step 4: The marker tip is placed into the open end and connected with the inside ink carrier. Consequently, ink can flow from the reservoir to the marker nib.

Step 5: The cap is put on so that our markers won’t dry out.

Once the process is complete, the marker will be tested, placed in their packages, categorized, and brought to the store to be sold.

I believe that shortly, new technologies will be applied in the production of markers, and thus will lead to the constant development of markers. Accordingly, there will be a wider variety of markers to choose from.

So, that is all about how markers are made! Did you find this article informative? Let me know in the comment section. If this article is enlightening, share it with your friends and family as well. 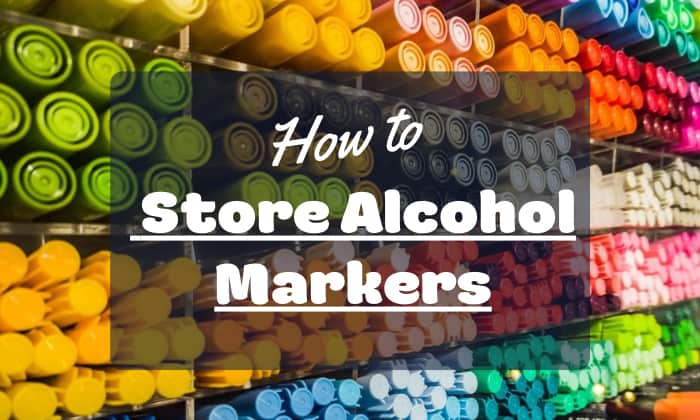 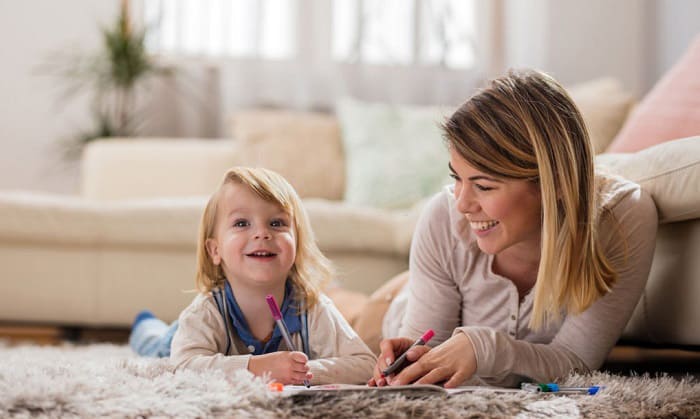 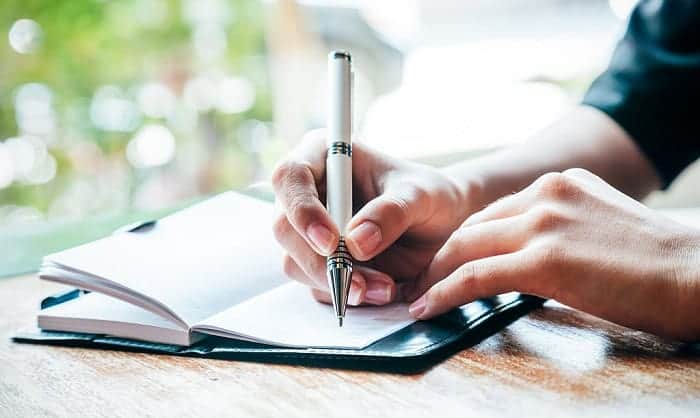 The Best Pens for Journaling for 2022 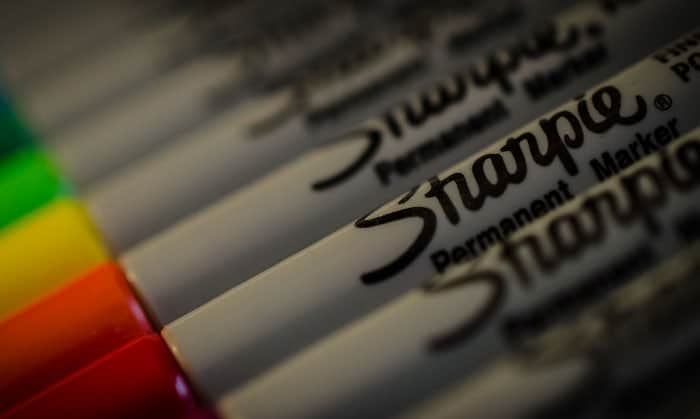 Where to Buy Sharpie Rub a Dub Laundry Marker? Think to Know

Some people like to make modifications to their clothes but without the proper tools, the … Read more 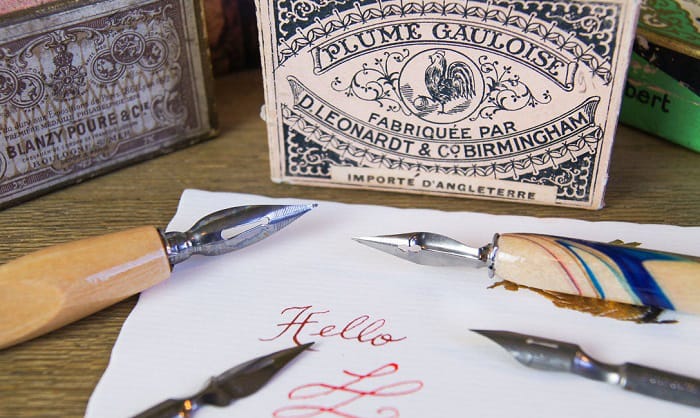 The Best Nibs for Copperplate for 2022

You are an artist who is confident in copperplate calligraphy skill, but still does not … Read more 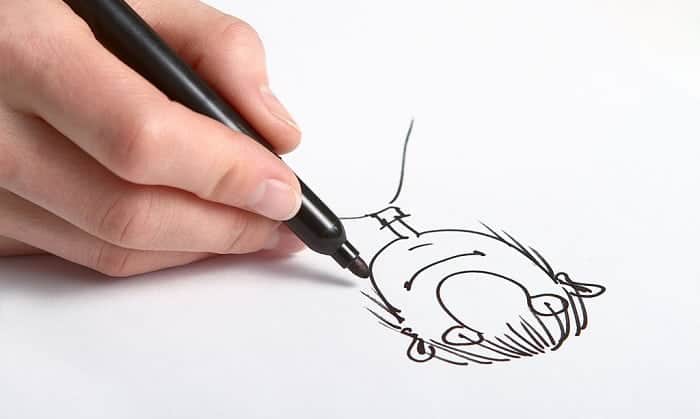 The Best Caricature Markers for 2022