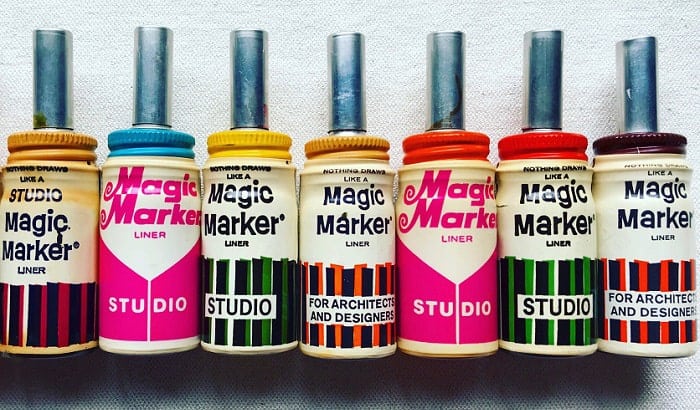 Are you tired of switching pens when you write on different surfaces? Worry not. A magic marker is the best solution that lets you write on nearly all materials and surfaces with just a single pen. Plus, it changes colors too!

If it’s your first time hearing about this tool, you might be wondering “what is a magic marker?” In that case, continue reading!

What is a Magic Marker

A magic marker is made up of thick fibers. And its color-changing properties are powered by chemistry that uses acid-base reactions.

The ink of a Magic Marker is made of an aqueous combination of high-polar glycol, non-sudsing soap or detergent, and some citric acid solution. Each ingredient plays a vital role in its color-changing properties.

The glycol with high polarity keeps the marker ink from drying. The non-sudsing soap acts as a moistening agent and lastly, the citric acid is responsible for creating an acidic pH, which makes the markers change from one color to another. 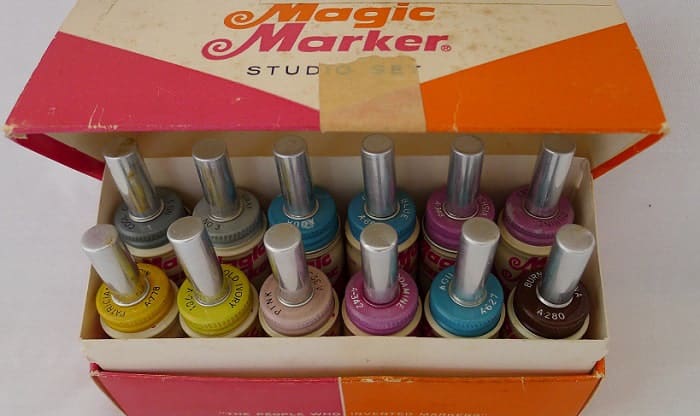 Most of the marker’s inks have a pH level of somewhere between one to seven. This pH level is caused by the concentration of citric acid. The concentration also allows it to react to other strong bases.

If you want to delve deeper into this process, it is important to know that these inks are not only made up of one dye. It’s a combination of several colors, like how orange forms by mixing yellow and red, and how purple forms by the combination of red and blue.

So if your marker draws a red color, it is possible to end up with a vivid golden color after going through the chemical process.

An Acid-base reaction usually creates a conjugate base and a conjugate acid, and since we already added Citric Acid, we already have a weak and organic acid.

Adding a strong base, like Sodium Hydroxide from the magic marker’s nib, will allow you to see how the writings change color.

Besides the reaction of the acid and the base, the science quote “like dissolves like” may also play a part. Polar citric and polar glycol might partially fuse with each other, which results in the disappearance of certain colors.

Aside from that, the tip of a magic marker comes with an intense basic pH that reacts along with other ink pigments. It is hypothesized that color-changing tips are composed of a diluted solution of Sodium Hydroxide, or NaOH, as they come with a pH level of 10.

Crayola’s Magic markers react with a few parts of the dye and not with the others. And because of that, you will notice how it takes off a few layers of the original color while leaving a few.

To our naked eye, it seems that the color changes. But in fact, it is only a small fraction of dye removed. It is made possible by a combination of strong base and acid that we have mentioned before.

Due to copyright infringement and trade secrets, Crayola keeps the true chemical reactions to itself. But there are still speculations that the chemicals above are the main ingredients in the marker.

History of the Magic Marker 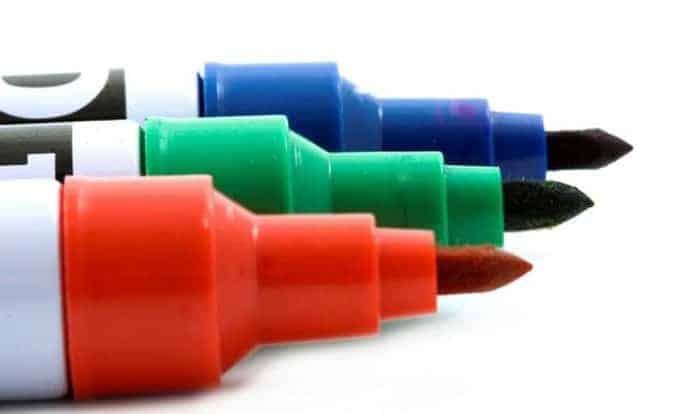 Most people thought that Crayola invented the Magic Markers. But according to research, the first magic marker was developed by Sidney Rosenthal in 1952.

It was a felt nib or tip writing device which consisted of one glass vial that held the ink.

Rosenthal also used wool for the felt wick and writing nib. He labeled this new writing device the Magic Marker. Little did Rosenthal know that the birth of his remarkable marker would live on for future generations to come.

Binney and Smith, who created Crayola, expanded their crayon business in the late 1950s. By that time, Rosenthal also started to build up his company called Speedry Chemical Products, which focused on Rosenthal’s felt-tip marker invention.

Other companies then started to market their pens that came with water-soluble dyes that could be written on papers or surfaces with normal weight. These were an improvement on Rosenthal’s work as his pen required thick paper to prevent ink bleed-throughs.

In 1966, it was a sad moment for Rosenthal because even though he changed his company’s name to Magic Marker Corporation, he already suffered the results of the market’s increased competition.

In the end, Binney & Smith wins the market and now produces a broad range of Crayola markers, including the Magic markers.

Magic markers were called such because of their ability to write on almost all surfaces you see. Local libraries even have articles and additional info about this incredible writing device.

A Magic marker is everyone’s favorite. People often use this marker to write on whiteboards and flip charts.

You can take a look at this video and how the man uses magic markers for his incredible artwork.

I mentioned “almost” because Crayola’s Magic Markers could not write on the skin, selected furniture, and clothing. Crayola has come up with a Color Wonder Paper that is specially formulated and can complement its Magic markers.

Magic markers are backed by a whole lot of chemistry and hard work. The fact that they can write on almost all surfaces and change color is just truly amazing. 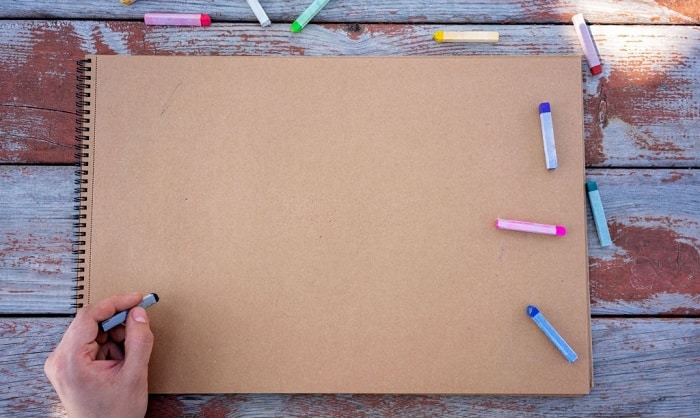 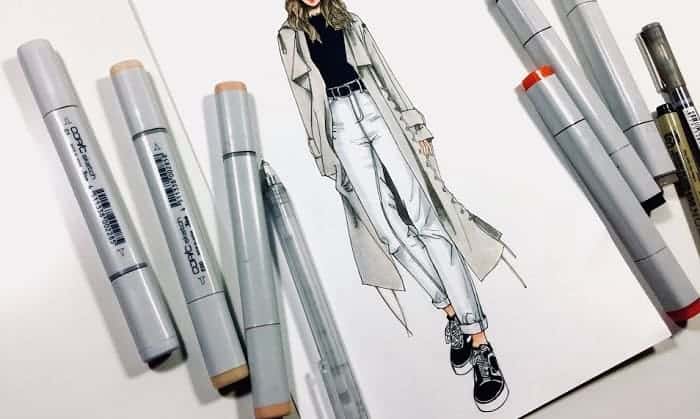 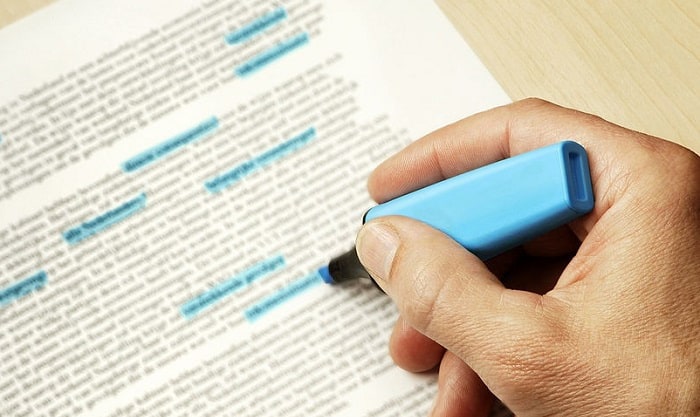 The Best Pastel Highlighters for 2023

It is not just about the hype. Many seem to jump on the bandwagon and … Read more 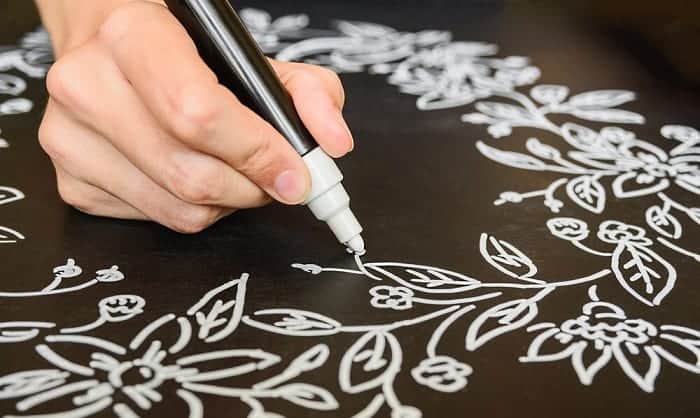 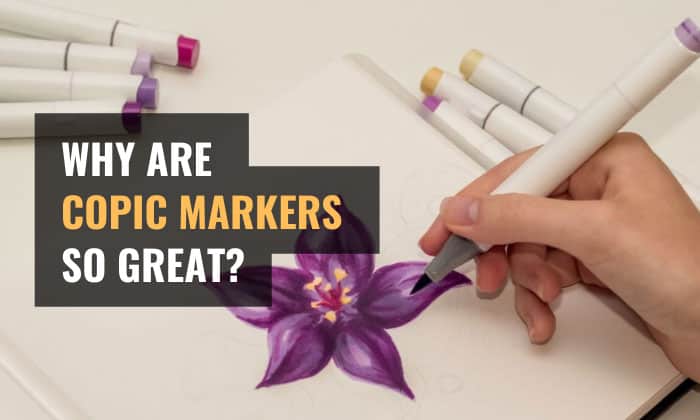 Why Are Copic Markers So Great? (Everything Explained) 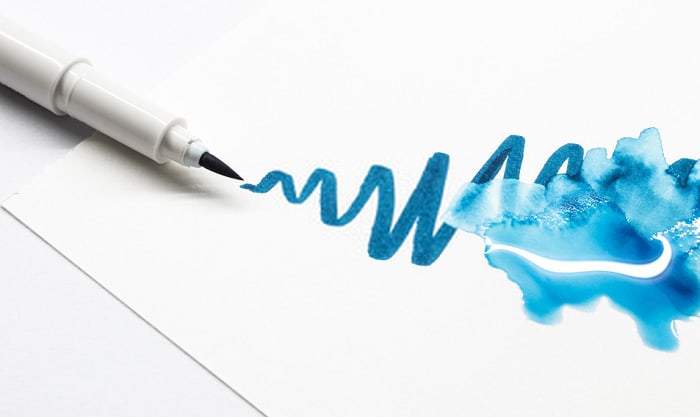 The Best Watercolor Brush Pens for 2023

Art comes in all sizes and shapes, among which watercolor markers art seems a popular … Read more