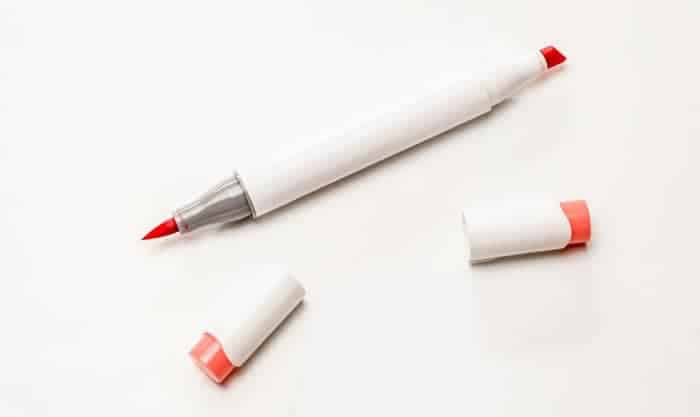 Being a marker lover probably means that you own an enormous marker collection. Consequently, it is inevitable that some of them will run out of ink or dry up.

It won’t be a big deal if your markers are some low-priced Crayola markers. However, it is unfortunate if you own high-end alcohol-based ones, such as Copic or Winsor & Newton. It will be a huge waste if you throw them away.

Don’t worry because this article will show you how to revive alcohol-based markers so that the next time you find any dried-out markers, you’ll know what to do.

Is Your Marker Alcohol-Based

In order to do the tricks in this article work, your markers must be alcohol-based. Otherwise, you may run the risk of damaging your water-based markers. Hence, it is worth some time to identify the kind of markers you own.

The first and easiest way to determine is to look at your marker packaging. Most of the time, the marker type is clearly written on its label or packaging. If your markers are too old and the written words cannot be seen, continue reading.

Water-based markers are usually cheaper as they are made for children. Therefore, these markers are often easy to remove and non-toxic. These markers usually bleed slightly when being written on paper or clothes.

On the other hand, alcohol-based high-end markers, such as Copic or Winsor & Newton are permanent and leave smooth, vivid lines. However, they tend to dry up quite quickly.

Once you are certain that your marker is alcohol-based, proceed with the next sections and learn how to save them! All materials for each technique are mentioned in each section. Read them carefully to make sure you have everything ready before starting.

How to Revive Alcohol-Based Markers 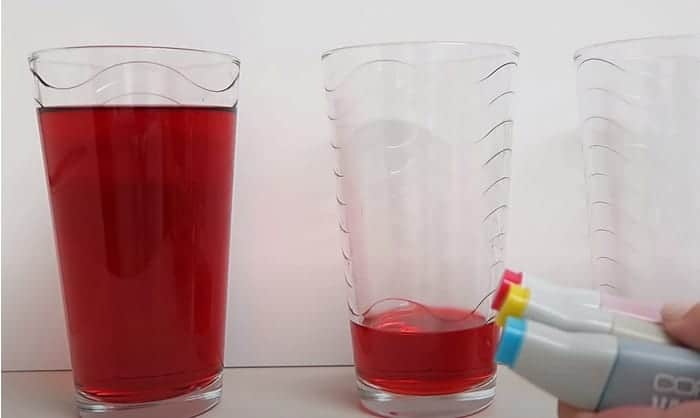 Dipping the marker tip into rubbing alcohol is the simplest method to revive alcohol-based markers. It is also the approach that many people suggested.

Prepare a container, such as a water bottle cap or an alcohol bottle cap. Do not use a bowl or large cup because you will only need a small amount of rubbing alcohol.

Now that you have everything ready, follow the instructed steps:

Step 1: Pour a small amount of rubbing alcohol into the bottle cap, about ⅔ of it should work perfectly.

Step 2: Hold the marker downwards, and soak the marker tip in rubbing alcohol.

Step 3: Leave it there for a few minutes or until you can see some ink flowing out from the tip.

Step 4: Remove the marker and put its cap back on. This step is VERY important as it prevents alcohol from evaporating and leaving your marker empty.

Step 5: Leave it tip-side up and let it sit for one or two days.

Step 6: Test your marker on some scrap paper to make sure that the marker is completely dry before you begin to use it again.

This trick is a bit more complicated than the previous one. Yet, this technique is proven to prolong the lifespan of your markers since it allows more alcohol to be added.

For this method, you will need a dropper, some rubbing alcohol, and two pairs of pliers. Then, follow the steps below:

Step 1: Hold the two pairs of pliers, one on each hand.

Step 3: Pull them apart from each other until the body and cap are separated. Twirl them in opposite directions for easier operation.

Step 4: Place the marker back on the table and hold the remaining part only. Put the tip downward as if you are writing.

Step 5: Use the dropper to suck up some alcohol and slowly drip it into the top of the barrel inside.

Step 7: Put the marker back together as it was, and cap it.

Step 8: Let it sit for several minutes so that the alcohol has enough time to evenly go through the whole marker to its tip. Test your marker on a piece of paper to see if it works!

The two aforementioned methods didn’t work, but you don’t want to give up on rubbing alcohol? Well, this method might be your savior. Prepare a small syringe with some rubbing alcohol, and get started!

Step 1: Suck up some rubbing alcohol using the syringe that you have prepared.

Step 2: Inject alcohol directly to your marker tip with the syringe. Gradually add alcohol by a trivial amount at a time until the marker can be used again.

However, note that this method is quite temporary compared to the two techniques above.

If all three methods above didn’t work, it’s probably because your marker is completely out of ink. Fortunately, some marker brands such as Copic have released their ink refills that can be easily purchased.

You will need to pull apart the caps at both ends of your marker. Refer to the “Take Your Marker Apart” section above to learn how to.

There are two easy ways to revive Copic markers using this method:

Saving your alcohol-based markers is easier than ever using the four methods above, right? Knowing all these tricks means that you will never have to throw any repairable markers again.

I hope that you had a good time learning how to revive alcohol-based markers from this article. Let me know your final outcome in the comment section. If you like these tricks, share this article with your friends and family as well.